Rosacea is a skin condition which affects many millions of individuals in different parts of the globe.

The condition manifests as thickening of facial skin or as pimples and redness on the face. Also, it can cause the skin to be sensitive to creams as well as soaps, in addition to environmental conditions such as wind and sunlight. Happily, there are some over the counter (OTC) products for controlling mild rosacea.  If you’re considering treatment for Rosacea, read our guide on some of the best methods to treat it. 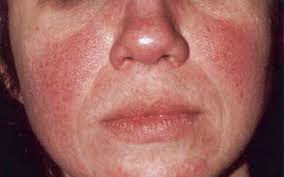 Prescription Drugs: Rosacea can also be effectively controlled by using topical medications. These can be grouped into two general categories: anti-inflammatory drugs and antibiotics. Metronidazole, which is a prescription antibiotic gel or cream, can be applied once or two times daily, depending upon the strength. Sulfur creams and sodium sulfacetamide as well as certain other antibiotics are commonly blended with sunscreens to aid block ultraviolet rays of the sun. Rosacea is commonly triggered by exposure to ultraviolet light. Azelaic acid, which is an antibiotic that is available in gel or cream form, has anti acne and anti bacterial qualities to combat rosacea. Azelaic acid can produce a stinging sensation when applied and it is not well tolerated in some individuals.

Tacrolimus, pimecrolimus and certain other anti-inflammatory creams can help decrease inflammation without aggravating rosacea. This can occur when certain topical steroids like hydrocortisone are used. When the condition affects the skin and the eyes, or when topical preparations are not enough, then oral antibiotics can be utilized. Tetracyclines such as minocycline and doxycycline are the most widely used oral medication. Generally, these are extremely effective when utilized for several weeks or months. There are other oral antibiotics which are also effective. These include erythromycin and azithromycin.

Laser Treatment: Since rosacea usually results in unattractive facial redness, it can be treated with the aid of lasers which target the red coloration.

Another light treatment which has been found effective for clearing the redness caused by rosacea is Intense Pulsed light. Light treatments and laser treatments cannot stop rosacea from occurring. All they can do is eliminate some of the undesirable effects caused by the disorder.

Prevention – the best way to treat rosacea: Avoiding triggers is arguably the best way to control rosacea. Exposure to the sun’s UV rays usually aggravates rosacea. Thus, be sure to wear a sunscreen which has a sun protection factor of at least 15 daily. Sunscreens that contain chemicals like avobenzone can cause skin irritation in rosacea patients. Try sunscreens which contain only titanium dioxide or zinc oxide as active ingredients or sunscreens that are specially made for sensitive skin.

Furthermore, it is essential to avoid products which contain steroids like hydrocortisone cream. While these products are capable of reducing redness as well as soothing the skin over the short term, the condition might get worse once you stop utilizing the product. Rosacea can also be aggravated by excessive heat. Consequently, steam rooms, Jacuzzi and hot showers should be avoided. High acidic foods like tomatoes, spicy foods and citrus fruits can worsen the condition in some individuals. Such individuals should therefore avoid consuming these foods. Rosacea can also be triggered by hot drinks such as tea and coffee.

Keeping a diary is an excellent way to ascertain what aggravates your rosacea. Keep a record of the products you use, drinks you consume, foods you eat in addition to the day’s weather conditions. If you are able to keep records for two to four weeks, you will almost certainly discover your rosacea triggers. Once you avoid these triggers, your condition will improve considerably.